It’s easy to unbundel one of your comments from a comment which reframes it in somebody else’s subjective aug.   Just find your original comment in the database by the thought that owned it, and  edit the delete field from 1 to 0 … that will restore your original comment.

This should be a feature here, because of the way comments work now, and because people seem to refuse to respect others representations, choosing instead to distract from  them by defaming them in their own subjective aug.   if  you want the to do this for you manually, just request it.  The only requirement is that you are the author of the thought.

Another thing that is relatively esay is to move a thread from one thought to another.  This should be a privilidge if you are the author of the comment, or the author of the thought, and have rights to comment on the destination thought.   will do this for you too, as time and energy permits … perhaps this even could be programmed.

a more important change to really imporve comments would be to find a way to show who made the last comment in a thread above that comment rather than above the whole thread.   that is the primary reason that the train of thoughs are sometimes hard to follow.   nathan said it was almost impossible to do easily. me, i don’t believe him.
Seth 2016-04-29 19:19:31 [item 20869#51699]
the quoting logic appears to be in … /update/quote-comment.php
Mark de Los Angeles 2016-04-29 23:13:19 [item 20869#51700]
Nope! You just take yourself too fucking seriously & I don’t. You used to be able to laugh at yourself. I don’t know what happened.  Try mentographing 20870 – apparently your kind of stuff.  Philosophers who never touch the ground make stuff up like cosmologists who can’t be wrong because there is no higher authority.  The final frontier has been reached nobody can be wrong.

I was surprised that you found the extensional link … and strangely delighted.  It is the real skivvey … it tells the way logical thought processes have evolved historically … it was pretty much left out of GW’s presentation … oh well.   i have no idea whether you acctully think it is gobblygook or understand it.  maybe it doesn’t matter.

incidentally, me, i make no apologies about being serious about applying what i learn in philosophy to my life and thinking.  i have stuck my finger into that shit just as far as i can stick it … and have watched you laugh aourd the it’s ass hole just about all of our my life … and yes it is some funny shit.  Maybe it doesn’t matter … maybe it is all just about the ego transactions between us instead … maybe that's what nathan thinks but of course he will deny it ← some funny stuff , eh?

So suppose thinking is all just the flim flam that you mock so continuously … and that in our society and politics and business and educations gets worse and worse?   When then dear bro?   Still a laughing matter?  ← me, i think not.   I would like to lend my weight to push things back in the opposite direction for a while.
Mark de Los Angeles 2016-04-30 09:19:11 [item 20869#51710]
Your judgmentalism gets worse as your Ego grows bigger or visa-versa. I have questioned before why someone so theoretically serious would choose a moniker like Bozo; keep your secret – I don’t want to know. I too, use all of my mentors, scientific, mathematical, occult, ontological etc. & test them out in & against the World & adjust or not. For some, criticism & correction makes them stronger.  Others just doubt their own deity. Enjoy the glow – dear bro. 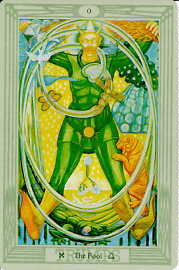