A brilliant usage of a hideous word The example actually says it all … enough said!  … but i will say it anyway.

White racists who wonder why an African American can use the word ‘niggar’, while they cannot use that same word with that same meaning should learn this example.

So now the politically correct niggas claim a whole context  which is OK for them but not for anyone else.

well if one must make a judgment,  it’s quite “ok” for anyone to say “nigga”, they just need to cerate the same context in which it means what Willmore meant, otherwise it will mean something entirely different, and they just may get bipped up side the head.

http://www.dictionary.com/browse/cerate – yep exactly what I already said.  appropriateion of a whole context instead of just a word. Still, humans are free to say what they want in this country. Bipping someone on the side of the head is likely to start a war between them: arrogance tends to do that.
Mark de LA says
It’s not surprising for 3rd-rate leftists to have one set of rules for themselves & another set of rules for everyone else. Obama himself pretty much demonstrates that.
Mark de LA says
Seth 2016-05-04 16:47:56 [item 20893#51799]
…OMG I misspelled “create”  and you used that to bloviate and act as if you missed the point.
or you had your head up your ass AND ignored the spell-checker.
Mark de LA says
Seth 2016-05-05 08:23:54 [item 20893#51812]
The challenge to your mind is that I created the tag compost & tag composting before your post.

hmmm … why is that a challenge to my way of seeing what is happening here?   How does precedential timing affect the association of sign to object? … er, it does not!

i just now started using the word “compose” in relationship to context.  That even relates to nathan’s verse jumping … me thinks he is composing his own context … and he probably can do it much better than even i can.   It is a ability to culture indeed.  You might even want to try it yourself.  Lately i have been toying with ways … noticing edges that can be used … where turbulence happens, stuff like that.  almost certainly not stuff that i can share with you … not with your judgements in there turning all my stuff into shit.
Mark de Los Angeles 2016-05-05 08:48:55 [item 20893#51819]
… or your shit stimulating judgments … or your judgments about my judgments … etc ….
Seth 2016-05-05 08:53:36 [item 20893#51820]
yep, all of that of course, obviously.   the strange part is, that since you know that the judgments get in the composition and compost it,  why don’t you just weed them out?
I’m not jousting judgments this morning are you still?
Seth says
Seth 2016-05-04 18:58:15 [item 20893#51805]
Obviously composing (creating) context is important.   There are two ways to do it.  One way is to let whatever happens happen and accept that in the context.  The other way is to only allow in that which is selected according to some inner criteria or esthetic.  I think those are opposite ends of the spectrum discussed in “A swing to the objective ...” and more broadly in subjective.

This particular thought is one example of context creating meaning.  This thread here raises the possiblity of an awareness of the grand directions to which we look to do the composing of context.

Reply to this thread only if you understand that and have something to contribute to it.
Mark de Los Angeles 2016-05-04 19:28:36 [item 20893#51806]
My composting & compost designates that which is like manure & needs composting with the straw, leaves & other of Mother Nature’s ingredients along with soil to be of value to human sustenance as humus & grow food.

seems to me you introduced a flim-flam of signs into the mix … because the associations you composed in the room  compost,  you must know i  do not share.  i’m guessing  you started tripping on the inadvertent match between the “compos” in “compose”  and that string in  “compost”.   of course that play will not garner any sharable clarity between us …. instead it is as if you were composting our clarity rather than sharing it.  ← a fun play for you, but over here seems only your single hand clapping  .

but that will not help you to see that …

the political incorrectness of a white man calling a black man ‘nigga’ is part of our human perdicament … it just feels different to them … that is part of our culture and part of our humanity.   It is not some abstraction just in the media.  It is not an excuse to use  something against black people.  It is not a reason to become jealous of their camaraderie caused by past racial slurs.   Rush’s bloviations notwistanding.
Mark de Los Angeles 2016-05-05 09:18:25 [item 20893#51823]
tsk … tsk!  Be HUMAN …. it only hurts for a little while!

Seth 2016-05-05 09:28:52 [item 20893#51824]
well well well.  accepting how we are different IS being human.  wishing it away in some mung of uniformity IS the very tyranny that you, at other times, seem to abhor.
Mark de Los Angeles 2016-05-05 09:35:45 [item 20893#51825]
Nobody on my side is wishing anything away. Try HUMAN again – missed it!
Seth 2016-05-05 09:37:56 [item 20893#51826]
accepting differences within our humanity IS being HUMAN.  ← you missed it.
Mark de Los Angeles 2016-05-05 09:42:23 [item 20893#51827]
Still missing human .  There is a lot more common amongst humans than the differences some people like to emphasize to polarize politics of the day. <------- still really missing it.
well well well … sameness and difference … homogenity and differentation … just another spectrum on which we crawl.   am i alone in noticing that these spectrums are best vibrated rather than falling to one end or the other.  breath in … exhale … breathe out.  each end is a trap.
Mark de LA says
As I have stated before: Your (NLP) metaprogram is all about difference & mine is about sameness both of have a dash of the other.  When we debate however the programs go to polaric mismatching.  This is not likely to change without some transformation in this or further lifetimes, if any!
Anyway I am still contemplating it but so far: 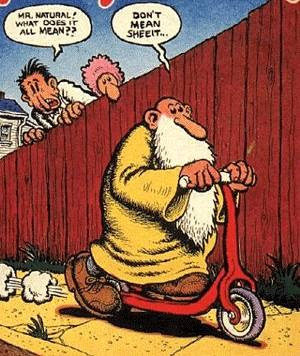 each end is a trap

do you really not see how falling to one end of a spectrum can be a trap? ← an actual question … i’m curious, apart from any ego transaction that might be happening here,  if you understand that awareness …. sure seems clear to me.
clean up your question & I will clean up my answer already given
Seth says
Seth 2016-05-05 10:16:36 [item 20893#51834]
mark:  Your (NLP) metaprogram is all about difference.

especially of late, with me, it is all about the oscillation between sameness and difference.  and that applies to all spectrums.  i believe that falling to one end or the other is a trap.  it takes more energy to stay in between, back and forth as context changes.  Always going one way takes less personal energy ← which is why i call it falling to a end.
sorry, that model of what is happening here is a bit more complex than the one you keep running from your head … but it does seem to match events up better in my experience.  … and it hints at a path,  a strategy, out of this eternal loop.  look at it as a stratagy for better swimming.
Mark de LA says
http://nypost.com/2016/05/14/owellian-administration-brands-criminals-justice-involved-individuals/
It’s only May, but I think I’ve found the euphemism of the year: According to Team Obama, criminals should now be declared “justice-involved individuals.”
Maybe soon to be a protected class .