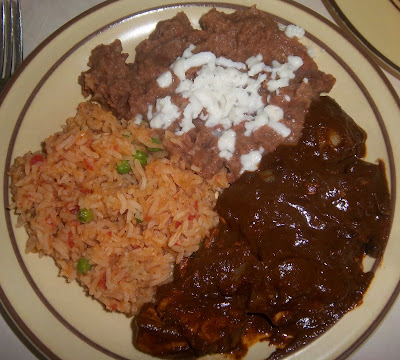 C says
Does that mean you liked the results?  What formula? Details please....
Seth says 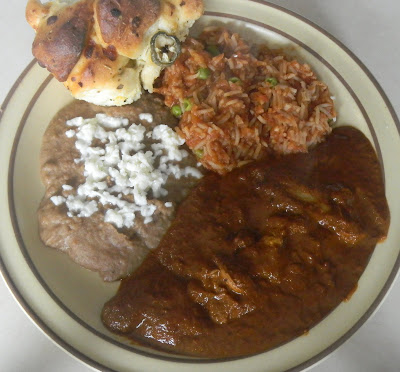 I made this again following Rachael Ray's recipe fairly accurately.  I even got the Mexican-style Negra Modela beer.  Only thing i did substantually differently was strain the seeds out of the ancho chilies after they were food processed ... that actually worked faster.  Oh and i added some molasses because it wasn't as sweet as i remember it being at La Fuente and dinked with the heat with some chipotle sauce rather than putting the hot chilies in the mix.  Unfortunately i didn't have much chicken and it didnt come away from the bones like she suggested.  Shucks i'm not a fan of poaching chicken ... oh well the chicken wasn't bad.

The beans were better right after i made them yesterday and had just mashed them with a potato masher ... but i wanted them smoother to match La Fuente's so i porcessed them too and added a bit of milk.  That was a mistake.  Oh well.