GOD is the Ultimate Plus One Algoritm 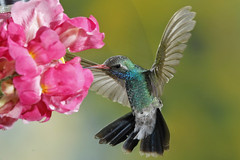 (***)
CFR hints, but does not say this exactly in many of the Tai Shu commentaries on the Yi King. It is created mathematically in his early books the chief of which is Tropermic Calculus & later on in Znuz is Znees V2, chapter 23 page 198.
I arrived at it a different way this morning in an epiphany related to the Golden Rule versus the Eye for an Eye reciprocity context.
Matthew XVIII,20: ... For where two or three are gathered together in my name, there am I in the midst of them.
... is the New Testament reference for the concept.
An Eye for an Eye, while reciprocal, lacks the ability to resolve polarity as in P.2671 (at the top) - & keeps the RWG going until the whole mess is destroyed. Even if one side were victorious it still would yield a spectrum of people since no group is homogeneous. Such spectrum is the next level of polarity & so on until you & I are all that are left. Guess who has to go then! Transcend & go up a level (+1) to the view that contains both sides of the polarity, say that of the whole Universe, & you get God & Love etc.
There is always one more thing - one more way at looking at things; one more context to hold events, the penultimate context & so forth.
The Golden Rule puts the egos involved out of the picture & substitutes a higher Ego - no muss no fuss! BTW, the algorithm is a verb not a noun.
NOW, go home & practice!

C says
Nothing in here says what GOD is. In projective geometry it is where the rules change state like parallel lines meet, etc.
Seth says
Infinity is one plus the largest number you can conceive of ... etc ... so i guess there is some truth to this.
Mark de LA says