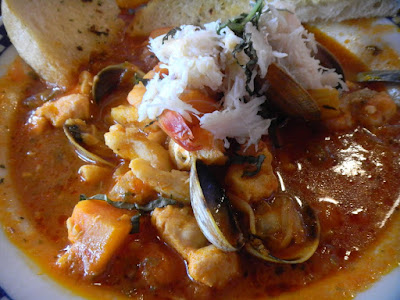 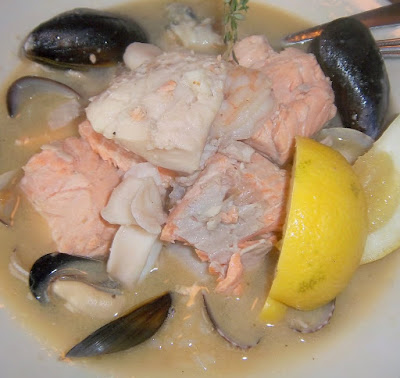 Note that a seafood "stew" does not need to have a tomato broth.  This one was from Athenian Seafood Grill, Pike Street Market, Seattle.

This looks like a good recipe to start with: San Francisco Cioppino ... here is another one by food channels Giada De Laurentiis for comparison ... and another one from big oven, when i could put my picture.

This article from the LA Times perhaps tells us what the dish is all about ...

source: LA Times
The choices for cioppino may seem endless, but don't let that scare you. Rather than thinking of the dish as coming from a specific recipe, think of it as a matter of happenstance governed only by a certain structure.

The three absolutes in making cioppino are a wine-and-garlic-rich tomato sauce, an assortment of fish and/or shellfish, and a cooking technique that brings them together by layering the seafood in the pot, pouring the cooked sauce over the top and then heating just until the fish is done.

After that, you're pretty much on your own. For the sauce: onions or scallions or both? Green bell peppers? Tomato paste? How much garlic? White or red wine? Celery?

There's not an ingredient that can't be questioned, and to tell the truth, I'm pretty happy with any combination of those … except the celery and the white wine. I have to draw the line somewhere. Heathens.

In addition, I sometimes like to add [OMG I WOULD NEVER DO THAT] to the sauce during the initial cooking " it braises to a silken texture and adds a lovely briny quality. Other times I'll add a quick stock made from simmering shrimp, crab or lobster shells.

The other day I added bruised fennel seeds and dried oregano to the sauce, and I really liked that. Maybe I'll do it again? Maybe not.

However you prepare it, the sauce should be well-cooked. This isn't your fresh-tasting marinara; the color should be brick-red so that the flavors are well-integrated.
... I mean give me a break, Squid is just too chewey. 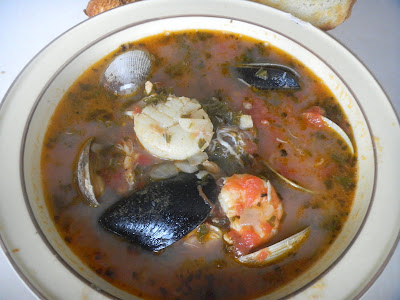 Here is a picture of the ingredients of the broth giving due justice to branding, and using the San Francisco Cioppino recipe fairly closely.

And here are the aea creatures for the cioppino 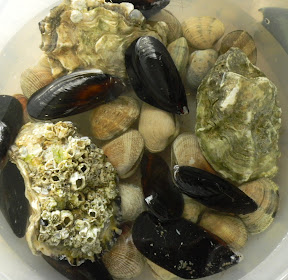 In which i learned that even though muscels and clams open when simmered in the broth, oysters will not.  Oh well, they open more easily with the oyster knife.

And don't forget the bread ... 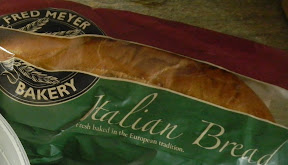 Toasted Italian Bread is like 80% of the dish ... the broth must be sopped ! 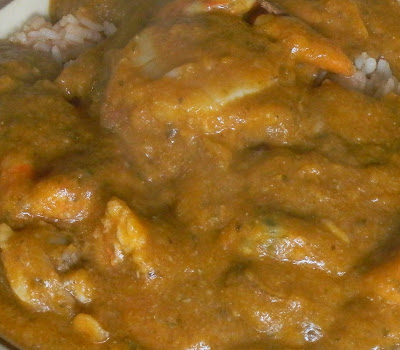 By the third day i was tired of the Cioppino so i decided to reposition it as Gumbo without actually having to spend the time making gumbo.  I picked out the actual seafood creatures, strained the juice and cooked rice in it, and put the rest in a food processor.   Added that to butter and flour in a skillet and a cup or two of wine ... and simmered that down.  Was actually pretty good, but is better serverd luke warm and not pipping hot.

Strangely enough my best experience of this disch was the after taste in my mouth which lingered for almost an hour and now i need to go back for some more .... 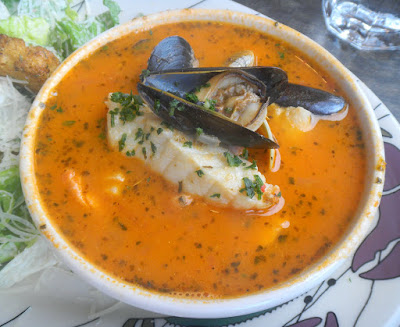 i had this Cioppino at Anthony's Chinook's Salmon Bay during the Fisherman's festival ... it was delicious.  It brings to the pallet the idea that tomato in the broth does add to the experience. 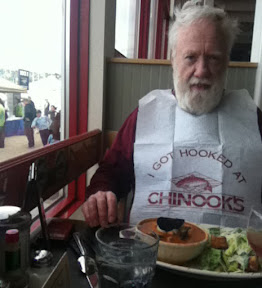 but i don't know why they though i needed a bib
Mark de LA says
Looks good. Nice pic.