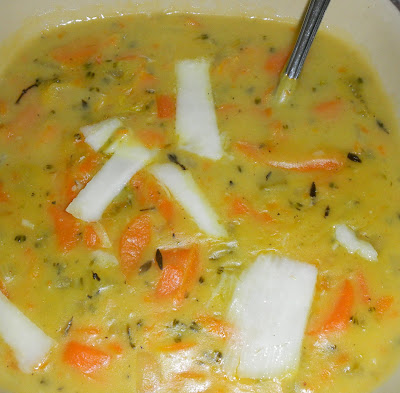 
source: the initial idea was posted on G+ as follows
Ok, ok ... can't make this till next week, but maybe if i write it out i'll get my fix ...

finely chopped onions and celery sweated with bit of salt and lots of grated carrots. after about 5 minutes add flower and mix into paste ... sweat some more. then add can of coconut milk, whole milk, chicken broth and bring to full simmer. grate in a bit of Romano cheese , but not all that very much. simmer a while. then as after thought shave off the tip flowers of a broccoli ... simmer just a bit more then serve with a quinoa salad.

I used Romano cheese and not all that very much of it, see small chunk below.  There may have been just a mite much thyme.  Oh and of course i added just couple drops of chipolata hot sauce and a sprinkle of cayenne pepper ... more for the after taste more than any dominant effect.  The soup was very thick and silky ... from the cocuntu milk ... but still and all, even with all that pile of carrots, did not scream carrots.  Hmmm now just how are carrots suppose to scream anyway ? 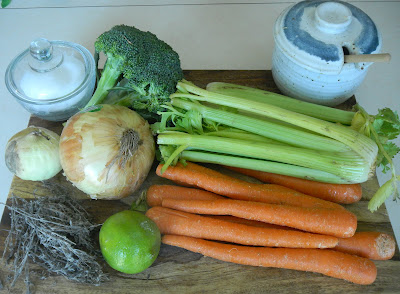 Phase 1 ingredients ... basically the trinity ... with the olive oil not pictured. 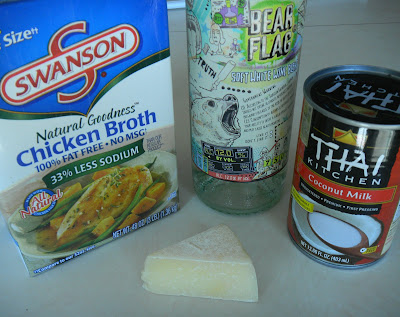 You may note some ingredients not included in the original conception ... notable the lime and the honey and the wine.