Giant dinosaurs could have warmed the planet with their flatulence, say researchers.

British scientists have calculated the methane output of sauropods, including the species known as Brontosaurus.

By scaling up the digestive wind of cows, they estimate that the population of dinosaurs - as a whole - produced 520 million tonnes of gas annually.

They suggest the gas could have been a key factor in the warm climate 150 million years ago.

... Shame on them - not only did they do it then their extinct bodies are still doing it! 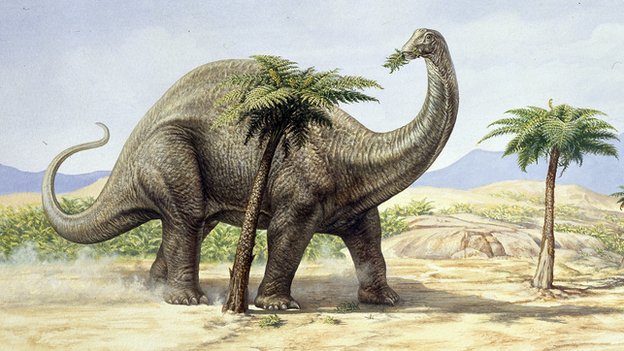