What else did you folks expect from a political party whose mascot is a JACKASS? Mark de LA says
BTW you might like to know what your stimulus money was buying in part:
Source: ...
Why It Matters:  The Obama administration has boasted there have been few problems with fraud and waste with its economic stimulus, but the lower early numbers of problems are likely to balloon as more than 1,900 investigations are underway at various federal agencies.

The government’s chief spending watchdogs have already secured nearly 600 convictions and judgments against people and companies accused of misusing stimulus funds and have a whopping 1,900 investigations currently open into possible wrongdoing, officials say.The wave of scrutiny more than three years after the American Recovery and Reinvestment Act was passed by Congress early in the Obama administration means the question of how money was managed early in the program is certain to extend well into the next year as many of the current investigations come to conclusion
...
.


Feds have more than 1,900 investigations 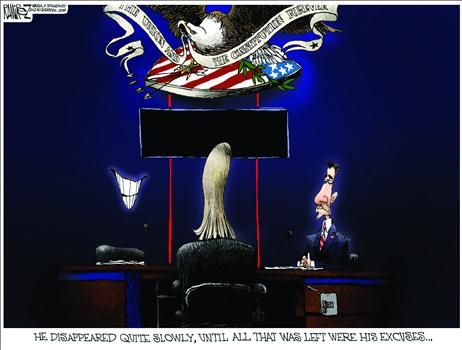 Mark de LA says
Another delivery of Biden
Mark de LA says
Someone asked after the VP debates last night "Do you know the difference between Joe Biden & an overflowing colostomy bag?"
...
...
...
I said NOPE! 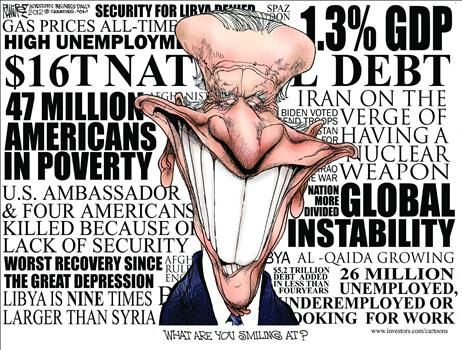 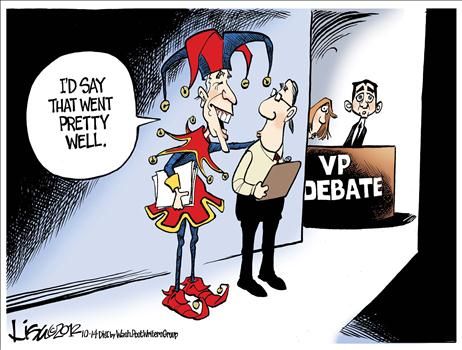 He is a MOCKERY of the
Vice Presidency , eh?

*Denotes companies that have filed for bankruptcy.

July 15, 2010: President Obama gets into an electric Ford Focus as he attends the groundbreaking of a factory for Compact Power Inc. in Holland, Mich. (Reuters)

The top government watchdog for the Department of Energy has been asked to investigate a stimulus-backed Michigan battery plant where workers reportedly spend hours every day playing cards, watching movies and generally not working.

What would be even more interesting would be to see the list of the successes.  Where is the complete list?   Did this kind of government investment perform all that very different than private venture capital would have in these kind of industies? Pending that kind of analysis we really cannot say whether this was a good idea or not.  If it wasn't a good idea, then we learned something ... don't do it again.
Yeah, why don't you come up with some successes.

Obama administration isn’t coming clean.  Look for it to do so on November 7 — after (win or lose) Obama has acquired “more flexibility.”


Ahead of Election, Obama Stops Releasing