The Sting is on Obama Contributions 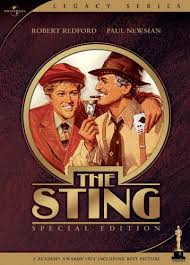 source: ... The apparently foreign-based contributions were conducted as a test after a flurry of media reports described the ability of foreigners to donate to the Obama campaign but not to Mitt Romney’s site, which has placed safeguards against such efforts.

The acceptance of foreign contributions is strictly illegal under U.S. campaign finance law.

One $15 donation was made at BarackObama.com using a confirmed Pakistani IP address and proxy server. In other words, as far as the campaign website was concerned, the donation was openly identified electronically as coming from Pakistan.

Upon clicking the “donate” button, WND staff selected the $15 amount and were taken to a page on the campaign website asking for a first and last name, city, state, zip code, email address and phone number.

After clicking “next,” the website asked for an employer, occupation and a password to set up future donations. WND staff entered the occupation as “deceased terror chief” and the employer as “al-Qaida.”