Peckers in the SKY! 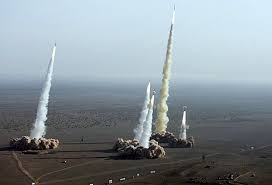 
Hossein Sheikholeslam, the director general of the Iranian parliament’s International Affairs bureau, claimed the United States would not dare attack Syria but said that if it does, “the Zionist regime will be the first victim.”

“No military attack will be waged against Syria,” Sheikholeslam was quoted as saying on Monday by Iran’s state run Fars News Agency.

“Yet, if such an incident takes place, which is impossible, the Zionist regime will be the first victim of a military attack on Syria,” Sheikholeslam said in an apparent response to the Obama administration’s increasingly stern rhetoric against Syria.

Iran has been one of embattled Syrian President Bashar al-Assad’s chief allies. It has sent Hezbollah reinforcements to battle rebel forces and acted as Assad’s chief defender in the Middle East.

... ups the ante? Now, considering how Obama has treated Israel, is that good or bad in his eyes?

So a glimpse of a diplomatic solution ... maybe, maybe not.
A diplomatic solution proposed by Russia. Maybe he should get a Nobel for it, eh?  Of course, like in Iraq & Iran the international community doesn't do well inspecting let alone securing WMD. Some say they all went out the back door from Iraq to Syria.

Well this gaining some traction ...

source: breaking news from CNN
If Syria's government immediately surrendered its chemical weapons stockpiles to international control, "that would be an important step," former U.S. Secretary of State Hillary Clinton said Monday during an event at the White House. "But this cannot be another excuse for delay or obstruction. And Russia has to support the international community's efforts sincerely or be held to account."
... if nothing else, at least now this proposal must be addressed.

Of course Assad gets a free pass for maybe having used some already. When do we get the evidence ?
Seth says
& since the weapons are presumably getting disposed of there is Ron Paul's ideas of why the US wanted to invade in the first place.  See: this article
RP might be geting wiggy or maybe that is what has been going on.  I don't see a payoff with Syria weak.  It seems to make Iran stronger or opportunistic in getting another base closer to Israel.
FWIW