Every time a law is written a lawyer gets rich!
Sometimes thousands pluck of the bounty.

Every school child is taught that there are three, co-equal branches of government: the Executive, the Legislative & the Judicial branches.
But, that is not how things work today. Laws are not written to be adhered to by the letter of the law anymore.  Laws are written so convoluted & so large & complex that the power of the word is lost & handed over to the Executive branch for regulations & the power of some cabinet member. We have transformed the process into a government of men & women & regulations instead of laws.  We now have a government not of laws but men (& women) - a privileged ruling class.
Is it any wonder that Congress has a vast number of lawyers & members who are rich.  Is it any wonder that term limits never happen? Is it any wonder that even a budget is not possible? One would think that a budget is a law which constrains the collection of taxes & limits the expenses of governments. Instead, we appear to have only a suggestion from Congress & variations & waivers are granted in the heat of crisis which can be manipulated by the ruling class of government officials & lawyers.

I think we are in the middle of evolving to
the US Constitution as a mere suggestion.

When such is finished, we will have a dictatorship of the ruling class. One would think, like most school children believe that the Supreme Court, the presumed ultimate authority on what is in the Constitution & hence law would return things to sanity & the rule of law.  One should probably ask how a law (e.g. the Affordable Health Care Act) written originally so that penalties for non compliance help keep things in tact but has no fiduciary impact, but  can end up being a law enforced by the IRS the primary tax regime. I will let you ponder that one out since fiduciary things can't be resolved between the 2 branches of Congress . Hint - it was sold to the people as not about taxes & signed by the president & then the Supreme Court changed it to a tax - METAMORPHOSIS on the fly or after the fact without returning it back to Congress.

Finally about the 4th & 5th estates (see movie) : which provide for the brainwashing of the masses & spread so-called news & opinion in a distorted megaphone & turn representative government into a process of dueling memes & dueling  special interests. Get the M$M on your side & you will ultimately have the votes.  Is this election tampering by campaign contribution? Do we now have

The best government
that money can buy? 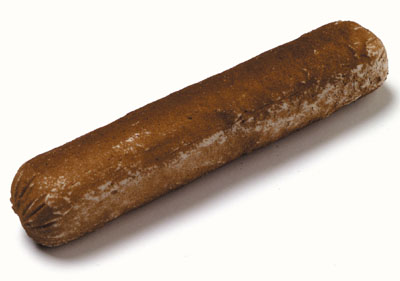 Seth says
... or worst!
Ideally if the governments of all kinds are working efficiently, economically & smooth they should rarely scratch the surface of my attention. I would be able to turn on the news, no matter which media output port & rarely hear the president's name nor hear of impending doom from government spokesmen.
The only way to accomplish that now is to turn off the news & never watch again.
I will still vote, though.

From the news this AM - the most important & biggest civilian department of the government (excluding the military) comes the appointment of a crony contributor as the best job money can buy - head of DHS.

"It would appear that the president plans to nominate a loyalist and fundraiser to this post," Sen. Jeff Sessions, R-Ala., said in a statement. "This is deeply concerning. This huge department must have a proven manager with strong relevant law enforcement experience, recognized independence and integrity, who can restore this department to its full capability."