MONG NET MONG IS NET OR SIEVE -A CENSORED PLOT.
There is nothing outside of the way one holds something. Context is the way one holds that which one encounters & clothes in words. Context is a distinction as well as that which one  clothes in words. A distinction clothes in words & names & separates something out of the Universe to focus attention.
Context is like a sieve or a net something gets caught & something flows on through. In discourse & dialogue often the mong gets lost in the sea (Logos, Ethos or Pathos based) & the contents as well get caught up in a different net. In some cases distinctions get entirely lost & in others gets changed unrecognizably from one net to another in a dialogue.  Shifting context from one to another is akin to fishing for a different fish once one is lost from the net. Such may be fun - at least fishing is going on, but will there be something for dinner?
I call context-shifting the 5th form of nothing. (mong is the process). Catching fish is analogous to trapping thoughts & clothing them with words. 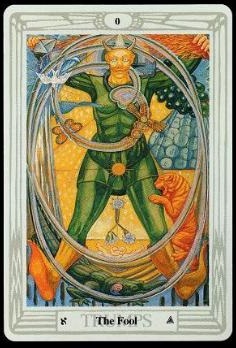 i think "context shifting" the way you descriobe it, *is* communication.   I mean you talk in your context ... i hear you in my context.  Thing is, when successful communication has happened we have ... er, shifted it between us.  so for me to hear "context-shifting" being called "nothing" ... gets a big tilt.

So what have i missed?
All of it.

MONG NET MONG IS NET OR SIEVE -A CENSORED PLOT. . Maybe all things -> nothing for the fool (tarot).

Can we leave a discussion of nothing for another topic as i really do not believe it is integrally related here at all?
Let me start with your sieve gestalt which i like and is new to me and say what i think is the same thing only in my words ... er, in my context.  I have this concept of mind as a network (your net i think) and context as the part of that net which presents during any awareness.  So i can say that the context of a particular awareness filters or sieves that which shows up then and there.

Are we not totally together on that now?  ... or if not, what did i miss from just that part?

"Shifting context from one to another is akin to fishing for a different fish once one is lost from the net.
... to which i also agree .   However you seem to be dissing that process, whereas i think that is exactly what communication entails.  Let us acknowledge the perdicament here ... you have your net and the contexts it contains and so do I.  Were we to successfully communicate then necessarily we must shift context from one of us to the other.  Me, i think that is a good thing ... not something to shun.

I mean is that not exactly what happened above in this very comment?
Well, nothing was an inspired train station of a vastly more complex & interesting idea. Such was mostly inspired by the grok that the Fool of the Tarot, considered to be the highest in the deck of card by GW, possibly initiation - has the number zero - see card image. Inspired later to continue this I found the weekly hexagram for #26 had the following to add to my amusement: "Tertullian's words .. Prorsus credible est, quia ineptum est .. It is quite credible because it is foolish" & ssq.P.2404 of the Tai Shu Commentaries. Maybe nobody else can follow my bizarre train of thought though - my context, my wallaby. I will be glad to postpone elaboration to another item, however to try to untangle the mungeables on context here for a brief while.

The main connection here to the above was simply the idea & feeling that I get & hold a particular context on something & discuss it with Bozo it seems as if nothing was communicated.

Mark de LA says
Communication happens when two or more get together on the same topic otherwise it is simply dual monologues. You & I would have to get together in the same context (e.g. objective reality or communication is possible etc.) to pass some ideas across the abyss. Actually it might be you & I being passed across the abyss by the idea itself; or the elephant metaphor.
You & I are not context itself. You & I have contexts for our ideas. If we do not reside in the same context at least briefly then nothing is shared across the abyss. The context of arguing for argument's sake I leave to lawyers & debating societies. Such has never left me inspired. The context of a net to hold something came from my desire to ming it.

HONG RANGE HONG IS THE RANGE TO HOLD THE POINTS IN A ROW.

DZI ATTAIN DZI, THE ATTAINMENT, GRASPS AND HOLDS THE REIGNS. didn't quite hold the metaphor for me.

Mark de LA says
I like this picture as an image to associate with communication at least the way I am talking about it.