More Life out of Balance

About: newspeak - wikipedia, the free encyclopedia

Many years ago the Nazis blamed the Jews for all the problems of Germany's post war economy & the depression. Now again Europe (France & others) have their citizens again blaming the Jews for existing & trying to exist in the middle of terrorism in the Middle East.  Focus is upon Israel not on the rockets of the terrorists supplied, obviously by other neighboring countries. Did we learn anything from WW-II? The Jews are supposed to endure & fix it, eh? Perhaps by another Masada?
Life out of balance.
Thousands of immigrants are crossing the southern border of the United States & being shipped around the USA as humanitarian.  Does the UN say anything about those countries who are so corrupt, lawless & violent that children have to escape?
Nope! Why does Chicago, one of the more violent & corrupt cities in the US want more people who need to escape violence, especially poor ones? We have porous border & Homeland Security doesn't seem want to seal it against terrorism, diseases (ebola? smallpox? TV?), gun & drug trafficing & gang violence.

Life out of balance.
The USA has a debt of ~ 17 trillion $$$. Yet we invite more people in to take care of.  Peoples start wars because of economic conditions. Corruption happens because of economic conditions. Keep the corruption out of the economy by making it independent of tyrants, rulers, gangs, weapons etc. governments ... & get it into dynamic balance as a system of commerce, World Wide like the blood system of the Earth  How come nobody who cares about the next generations, i.e. parents don't take an active part in reforming the system  their children will inherit & pay for?
Maybe bread & circuses are more important than other people's children.

source: ... Out of the world's 75 largest economies, the United States has the 20th largest as debt-to-GDP ratio, standing at 94.3%, with a gross external debt of $13.454 trillion and an annual GDP $14.26 trillion. In fact, out of the largest 75 economies, this number is just above the worldwide average of 90.8% Western-European and North American countries dominate the upper end of the spectrum, with Switzerland (422%) and the United Kingdom (408%) at the #2 and #3 spots, respectively, and Ireland representing the most drastic debt-to-GDP ratio. According to the most recent World Bank data, Ireland's number stands at a staggering 1,267%
... note this is a slightly old estimate of USA debt here. Anyway these are just piles of numbers & blogs are just piles of words.
Life out of balance.

CLAIM: Hamas Has 3,000 Elite Soldiers Ready to Die in Suicide Attacks...
-
Near the end of WW-II on the Japanese front - in desperation -the Emperor apparently commissioned a bunch of Kamikazes to make themselves bombs & destroy the US Navy & fleet in the name of the Emperor-God.  Did it work? Has anyone learned yet? Blindly following leaders, religious or dogmatic, charismatic or stuttering fools - speaking for God, the Planet, Global Climate, & in the name of their Religion or Country lead us into wars .  Let US control our leaders by giving them less & less power & more real work to do like making government more & more transparent until we need less & less of it.

Can I get an AMEN?
Life IS out of Balance.

Mark de LA says
Drudge illustrates some of the political Unbalancedness here in these headlines: Ask self why import more people then? 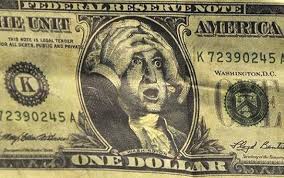 Federal Debt Up $7 Trillion Under Obama...
THE QUESTION IN MY MIND IS CAN GOVERNMENT BUY IT'S WAY INTO A "GOOD ECONOMY" WITH JUST CREDIT CARDS?