Colors in the Rainbow

I never understood the connection between religion & the issue of homosexuality.  Promiscuity maybe, but scripture was mostly written by people trying to write the rules of conduct for those religions & who profess beliefs in Christ, Buddhism, Hinduism, Islam & anyone or God I left out.  The principles except perhaps the 10 commandments are just interpretations of man or the spokesmen  belonging to the biggest gang of people.
Sure, I can understand why the Roman Catholic church would forbid it since they would not want the priests, who are supposed to be celibate, to fuck each other or the choir boys & likewise the nuns. Such would promote disorder in the body of the church hierarchy.
As far as others - a religion needs people & so Mohammedanism, & Catholicism produces more people by not allowing non-productive unions. Buddha after trying out just about everything declared desire itself as the source of suffering & evils. Apparently modern Hinduism does not prohibit homosexuality. India & China have enough populations not to care on that basis.  Russia, otoh, seems to be lacking in native populations & is anti-gay.
...
Science doesn't get a free pass either. Having found out that by surgery & hormones that they can create a biological facsimile of a woman from a man & visa versa & various shades of grey in between; can't really explain how homosexuality bypassed Darwin's survival of the fittest dictate which needs subsequent generations with genes passed on with the same attributes. I suspect they claim there is not just one gene & that homosexuality is a spectrum of genes none of which is strictly speaking a gay gene. Still Darwin apparently has been proven wrong, eh? Maybe gay is just behavior & not genetic, but try to have that conversation with the politically correct gay community & see how far you get.  Since I value integrity, as who I am,  I appreciate, when people are congruent & authentic with whatever nature provides them in the first place.
Nothing I can find suggests that any group that has interconnected sexual relations of necessity is any worse off or better off than those whose sexual behavior is regulated by an external source!  Christianity even says in one place that they neither marry nor are given in marriage but are angels of God in Heaven. I am with those who say that marriage tradition is none of the state's business except perhaps the age of consent dictate. Also it is none of the business of Religion unless ceremony is desired by the participants for traditional sanctity.  Offspring are the responsibility of the parents.

I say we don't need to destroy religion which has a centering effect on societal behavior vis-a-vis (or in contradiction to) anarchy & nihilism, in order to keep sexual union fluid (sic.) including polyamory, polyandry & polygamy in any combination of biology.  I think it is necessary to keep the notion of the age of consent firmly in place & that would probably disallow bestiality since I have never heard of a goat or chicken giving consent. 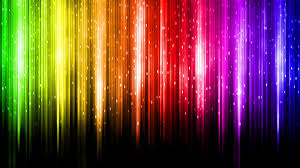 . says
If you would like a perspective on how the Zen master Peter Ralston views religion consult Chapter 13 of Pursuing Consciousness section entitled Absolute Mischief .  I tend to agree with most of it.