Why did it get the background ?  the image itself has no background.
Don’t know. But I have never loaded this image in an image editor. It is prolly simply not what you think it is. Old images made with old paint programs (like Mom used to use) could have all kinds of non-standard layers and masks and color maps and such.

Probably can just load it into paint.net and clean it right up easily.

Seth says
hmmm … image is http://fastblogit.com/media/seth_seth_1143645416.gif which is what you have in the config file.  and btw is a transparent gif.

strange that FB would show it against the background

hmmm … maybe should be a jpg with a background.   i can try that.

Whoever created this gif did a lousy job of cutting it.

well for the purpose of the default picture for sharing on facebook,  putting it on a white background and sizing it reasonably will suffice.

we need a better logo for http://thinking.domains  … untill a better one emerges, maybe this one can suffice. you mean the one i just made my advatar?  … no, not me … i refuse to be the thinking domains mascot.

anyway i think that image is too somber … doesn’t capture the current excitement of thinking.

i claim thinking should not be a solitary affair.  i much prefer public thought, to private pondering.  both have their place … but the closer thought is to action, the better the action … and the action is what happens … the rest is just potentially what might happen … or even what,  no way is going to happen … depending on which floats your boat. 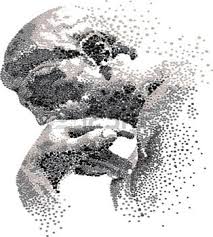 One could style it like ← otoh a cluster  of yes, as you know i like arrows too … especially for thinking
see “Representation and Representing”
and the fastness of it is great too.
Chamolion 2016-03-29 09:27:04 [item 20703#50553]
Anyway you are going for thinking domains. Fastblogit is the overarching concept of it all.
well the idea has evolved over the years.   back in 2005 it was just a platform to blog fast and remember what was blogged.  now that so much mind has been represented here,  and with nathan’s great software, it can do so much more than just that.  it is hard to capture all that it is and could be in the small space of branding land … and tell a true story … one that i can believe myself … and others will not just think is pie in the sky.
Mark de LA says
#SamoSamo