Their house baked “crumpet”  sandwiches are to die for. Excellant WiFi – very fast – no password.  Comcast always pops up and needs the Comcast pasword which i don’t have and if you get the free trial almost no data is conveyed.  They are trying to grab this open space on the street wifi – but they suck at it, imho.

Every coffee shop and even every organization needs it’s own forum … shown directly as you jump onto their WiFi.  A easy way to join the conversation associated with a street location. maybe lining up the cups is going to be important ← the iterations fade rapidly into oblivion woopse, i got your kid in the picture
Seth says
hmmm … i wonder if central coop has a forum? … if not, why not?  would a http://thinking.domains be perfect for them ? 
a increadibly green and friendly and community conscious unusual palce in  … a necessay Olympia experience indeed.  we had the lasagna with the tahini dressing with our hot chocolate.
?
Seth says so here i am at Whole Foods in downtown Seattle … congested area, got to pay for parking, guck … with a glass of Oyster Bay wine


Omg i get high at Whole foods … i’m sorry i just can’t help myself …. doesnt work at Fred Meyer … oh well, we don’t have a Whole Foods in Renton. of course i can get hot chocolate here too ...
Seth says as an aside for Mark  … is my usage of the preposition “on” here associated to space or geometry ?

Seth says
Mark de Los Angeles 2016-05-21 16:44:22 [item 20845#52245]
both – consult a good grammar text or maybe use Stanford’s part of speech tagger if confused.  That other discussion is a wallaby outside of words as grammar units.
well i fixed the gramatic error that you capatilized upon.  ←  woopie shit

outside of that i do not understand your compaint at all.   anything about a preposition is about grammar and syntax.   The meaning of a prepositions is some subject/object relationship of the things talked about in the phrase.  that relationship is sometimes spatial, and hence related to geometry, and other times it has nothing to do with space and geometry.  yet your wallaby always talks about prepositions as implying some spacial relationship.  i am just trying to clarifying that … perhaps your wallaby would  better be expressed out in the world here by removing that confusion.   or perhaps not … let it remain deep inside your subjective being … for there it will always be quite clear and true … just exactly according to “Bozos Discovery”.

Seth says
i have never been a bar person.   but i must admit that this bar at whole foods has the potential to provide a venue … ok ok i got two wines in me now … an can look out on the city crossroads … a Clean Well Lighted Place … interesting people gathered here … good wifi … articulate bar tenden … the potential for connections … who could ask for anything more.
Mark de LA says
Mark de Los Angeles 2016-05-21 18:18:02 [item 20845#52251]
Woopie shit back unto you.  Don’t know what you are talking about – enjoy your bar. Nothing to do with me.

in this case i really was interested in the wallaby you brought up about prepositions.  i thought i did understand it, yet when i inquired to confirm (might have felt like a provocation to you), you took it as negative and argumentative.  … but was it really that?  i’m telling you it did not feel that way to me … rather it felt like curiosity.

i want to get to PR podcast about fear … even though it is not in my current train of thought … now i guess you must necessarily tit for tat me on that … eh?
Still on the other side of the fence arguing …. that’s when I stop my end of discussions ….  The PR thingy is useful to get past a feeling you don’t like. 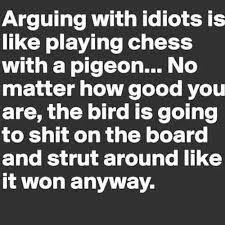 well here i am at Luther’s Table again here we are at Starbucks next to barnes and nobel in southcenter.

you need to ask, as is frequently the case, for a ceramic cup.

a well practiced  experience so far … allbiet modern … from both points of veiw: mine and starbucks.

Their house baked “crumpet”  sandwiches are to die for. hot chocolate in front of afro at PCC market in Issaquah next to one of the best farmer’s markets in Washington.  i got smoky white cheddar, and cherry pastries, and the sweetest strawberries in town and some mushrooms and turnips for the stone soup. Starbucks Southcenter.  You need to ask for a ceramic cup and decline the whipped cream … even the art work was optional, she joyfully attempted a leaf.
?