Being Offended & What Happens & in politics these days the ceremonial piece of shit in the Whitehouse still thinks he is the most powerful man in the world when he opens his mouth & other people steal in his name & murder for? (*) you good folks.

(*) Facebook reminded me of something I wrote 4 years ago.

Mark de LA says
Hm mm… didn’t think that Obama was running for popularity in Russia – did you ?
http://www.washingtonexaminer.com/gallup-just-1-russians-approve-of-u.s.-obama-far-worse-than-bush/article/2592568  –

That which is, IS!

That which happens, HAPPENS!

both statements are saying the same thing.   one from a point of view – timeless, the other  timeful.

no use in aug-u-ing about that.


the question is whether to use what-is (what happens) to navigate our deeds, or rather to use our own subjective perceptions … which is the most important.   that is quite a philosophical choice … and it need not always be made the same way.
That is of course your question & framing.
That which IS! does not need you nor I nor your maps nor you going with it nor me going with it etc. It doesn’t even need an alias for some part to which some apply the word happening.
The other stuff you describe is just your choices for what you do or how you act.
BTW, it doesn’t mean anying either!

yet we know nothing of it without constructing a map. 
Mark de LA says
Kinda like your skills with the English language, ontology & prevarication reminds me of: 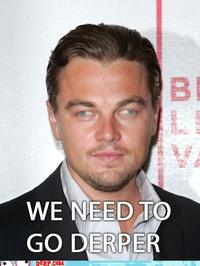 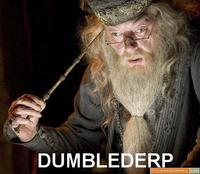 Like in Peter Rolstons Cheng Hisin book (which you sent me and I loved even if I didn’t spell all that correctly). He reached the point where he easily knew the moves his opponents would make before they physically did anything.  In other words, he reached the point of experience where he was aware of his creation at the level where he was creating it.

Mark de LA 2016-06-13 09:24:55 [item 20975#52833]
I think you misinterpreted what he said. “… The mind commands & the body obeys” etc. The Art of Effortless Power last page.
It wasn’t what he was creating it was his intuition about movement, dynamics, grafity & effortless power. You are still stuck in your beliefs about creating.
nathan 2016-06-13 09:27:26 [item 20975#52834]
I agree. I agree with everything I have experienced of his teachings too. I see no conflict with anything I have said, unless I drag in contemporary ideas from my parents and peers. As it stands, Peter’s teaching is very clear and clean and compatible with my experience and understanding.

Mark de LA 2016-06-13 09:58:53 [item 20975#52837]
Yep, you are free to believe that for yourself. You can’t believe for someone else. (without perhaps a gun to their head)
Seth 2016-06-13 10:04:52 [item 20975#52838]
the trick here, me thinks, is the distinction between belief and happens …  nathan is absolutely correct … belief is what makes it true for anyone … “it can be no other way” … but happens must be shared else it does not happen and belief alone cannot do that.
nathan 2016-06-13 10:07:40 [item 20975#52840]
Well Mark, one might wonder, why would I ever want to believe for someone else? I am here for my experience. That is what is important. What would believing for someone else ever do for me? That’s like eating someone else’s food for them. It would leave my tummy quite unsatisfied!
Mark de LA 2016-06-13 10:40:12 [item 20975#52847]
Yet you keep pontificating as if what you say is true & you believe is true is so for other people. I call bullshit!
I have never said that. I have always said for you to believe what you want, think what you want, create what you want, experience what you want. In fact, in saying that I am giving you absolute freedom from all of my beliefs. It is your reality, create it. That is total freedom for you to believe your own thing, not what I believe. If you wish to take my beliefs and ponder them, that is your business. I know they are true because I believe them. I ask nothing else of you.

i have no trouble with what you are saying here … except perhaps to point out that we are probably not talking about the same thing when we use the word “consciouness”.   Point being that “my consciousness of whatever” does not count in my conceptions as a “happening that we share”.   Pretty much for the same reason you pointed out … we do not (and can not – though that might be debatable) share each other’s subjective consciouness.   i can not feel what you feel … i can not know exactly what something means to you … i can not move your arms and legs … nor you mine.   We both know that, i assume, quite acutely.  So that otherness to me which is in you of which i know merely by its clues and signs is not yet, so i think, human consciousness … no .. not untill we can share it.
nathan 2016-06-13 11:11:18 [item 20975#52853]
Okay. Sounds good.

Wouldn’t life be interesting and authentic and fantastic if everyone would just do that?
Si says
nathan 2016-06-13 11:25:24 [item 20975#52858]
BTW … I think Mark your use of the word pontification is suspect. If it is used to mean speaking one’s own beliefs, then it is a good thing as you said above. I often use it for you in what I think it is more commonly known to be, which is to spout the beliefs of others. You do this a lot. Rarely do you stand behind your own authentic beliefs, but most of the time only regurgitate thoughts and ideas of others as a counter point to nearly anything someone else is authentic about, and who even knows if you believe those things or not. That is what I mean when I say you pontificate.
Mark de LA 2016-06-13 12:03:24 [item 20975#52860]
Ditto for you. How surprising you recognize in others what you yourself do.
nathan 2016-06-13 16:12:28 [item 20975#52870]
Not so Mark. I state beliefs based on my own experiences and I relate those experiences, one even today, and many over the last several years. I show exactly how my beliefs support the experience and the value of the experience to me.

Mark de LA 2016-06-13 16:15:42 [item 20975#52871]
Then this must be a lie or every time you advise that someone else or I created something is a lie. Now we are apparently arguing about the meaning of the word pontification. Enjoy the glow of your Ego.
Not really sure where you are going with that. I am explaining how I think we are using the word pontification differently and why. There is no argument in that. It is a difference, and once understood, allows better communication. If you disagree with my characterization of your use then you are perfectly welcome to supply your own characterization. Then I will understand your world better.