Consciousness is not knowledge, it’s you. It does not come to you, it is you. ~PR

Seth says
okay, but that is not being conscious … that is the qualia of consciousness … that is how it feels to you.

Ask,  what caused that to happen?

So i do not understand what you just said, mark.

Si says
There are no qualia to consciousness seth, I agree. Anyone who has gone the extra mile and gained information directly knows this. Qualia is an aspect of thoughts creating things … of manifestational reality, even when that reality is internal reality. Direct consciousness is an experience without qualia. Qualia are the trappings, the hangings, on experiential reality.
Mark de LA says
I like GW’s notion here:
P.2625 83-2-26-7-31 SAT - 9,946 days ago (27.23 yrs)
"Dai yot yao #57, THAI, Success, Health & Peace; Lingam of Yoni, Daath of Malkuth; Creator modifying the Universe; Spring, Free Course, Heaven & Earth in Harmony; "Thy Will be done on Earth as it is in Heaven"; kon P.1610 & P.1886. The human soul as a whole is divided into three parts, thinking, feeling & willing only abstractly, actually they cannot be separated;  it is one being who is awake, dreaming or sleeping;  tzu past, present & future; just as with each thing is a bundle of categories which can be distinguished; but are absolutes related concomitantly not structurally!
~
(2470) ...  Consciousness is one of the absolutes which belongs to each & every ultimate particle & the steps here correspond to the "logical objects" the final being judgment or EQUATION, which is a combination of two NAMES of the Same Thing, both names being properly quantified & qualified. (See Barbara Cubed).   P.2707 #44,1 84-9-1-3-12-4
" ... Consciousness only is real!" is a categorical imperative, but the same can be said of any other Cat! So it is well to "keep still" & cultivate ones Virtue! "
... (the rest is a very interesting analysis of matrices in projective geo terms).

Consciousness, on the other hand, is what’s
there, and at the same time doesn’t exist in
what’s there. It is the foundation, space, and
possibility for both awareness and cognition to
occur. It is the “mother” of mind, intellect,
intuition, perception, knowing. Consciousness
both doesn’t exist, and is existence. So do you
see where I’m going with this, and the direction
or distinction I’m making? Really grasping it
can only be done directly, to be “one” with
Consciousness, so to speak. And that’s not
common.


Seth says
Ok fine … then i do not know when i am awake,  i do not know when i am conscious.
Si says
👍
Si says
I would have suspected that from all the things you have said on this subject so far. Anyone who goes the extra step to direct consciousness knows that there are no thoughts involved, no manifestations, internal or external, there is only direct experience void of all qualia.
Mark de LA says
Nah!!  Consciousness is not a sense per se .
Seth says
Anyway there is not sense in aruing this … it is obvious to me that you guys are not talking about the same thing that i am talking when i say that i am being conscious.
Si says
👍
Seth says
i did not say being conscious was a sense.   i said i know when i am doing it.  it does have quite a amazing feel.  and of course it is not a binary thing … there is all manner and qualities of being conscious.

Wow!! quite a thingey that is.

Seth says
👍
Si says
Based on what you have said about it, I would tend to think that what you are calling consciousness seth, is actually self awareness. Self awareness is something of a different nature than normal experience, but it is still part of experiential reality, it is not direct consciousness, which is a completely different experience.

Also, direct consciousness is very hard to get to outside of meditation because the reality experience quickly brings one back to it. It takes practice … for me, about 20 years.

Seth says
well certainly being aware of myself has a distinct feel to too … and i agree, i would not call that being conscious.

#btw, nathan … i am likely the most self aware person you know.  I am peculair in that regard.   I have watched others and even can notice how they are aware of themselves.    Of course you have no way of verifying that with your experience directly.   If you want, you can trust my word on it … or you can just make up something about that private part of me of which you have no access.

But anyway we agree … self consciousness (self awareness)  is not the same thing as being conscious with others.

Mark de LA says
As above there is unity (but are absolutes related concomitantly not structurally! ) .. the so called consciousness soul is where it’s at per GW I liken it to shining a light on something & awareness of that happens, but it is neither the light nor the thing nor the awareness but your Ego in all of that .
Some of the parts of the mystery in the Ming Book Blooming Umbrella 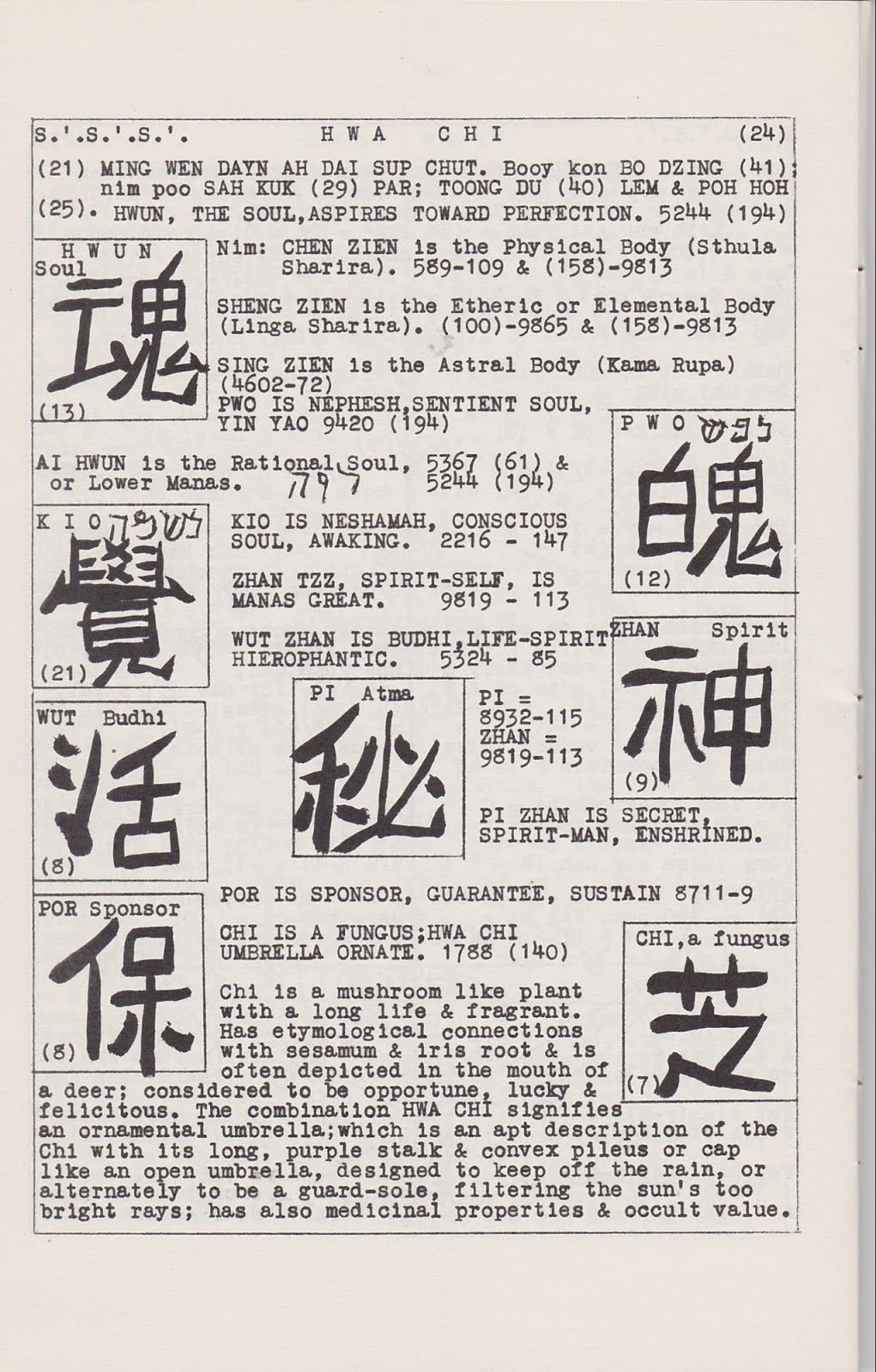 Si says
I agree you are very “self aware”. I do have a way of knowing that. You don’t seem to access that channel for yourself … you don’t turn your experience dial there where you can know in that way.

You seem to have another thing you are calling consciousness. I am still betting it is part of experiential reality, not actual direct consciousness, or you would not say many of the things about consciousness that you do say if you are having that actual experience … like that it has qualia for instance.
Seth says
Well i will confirm what you have noticed,  “I do not try to turn my experience dial to myself”,  that is intentional.  It is too easy to do, and when i do it,  i do not like the effect it has on me being conscious with others.   But if you ask denise,  she will tell you that i am completely self centered … so very strange how relative that is to who is observing the phenomena.

You seem to have another thing you are calling consciousness. I am still betting it is part of experiential reality, not actual direct consciousness, or you would not say many of the things about consciousness that you do say if you are having that actual experience … like that it has qualia for instance.

Well certainly me being conscious is part of me experiencing reality … hard to tease those apart … i dont know why i would want to.

Apparently we are talking about what PR calls “direct consciousness” .   But me thinks we should have a firm grasp on normal consciousness before we can usefully go there.

Si says
You would want to so that you would have more experiential elements you can work with. A bigger box. A bigger toolbox. Can make more interesting reality with it.

Seth says
I have no problem going there …. again, i just think one needs to have a firm graps on being conscious itself before doing a grander thing  called “direct”.    The old walk before you run rubric.

Unless of course the one has nothing to do with the other.

Si says
I don’t think it makes any difference. Just do it, however you do it, do it. Talking about doing it does nothing. When one has done it, then there is no need to talk about it either. One just knows.
Si says
Yep. Good stuff!
Seth says
Conversation forked to thought 22824