Politics is the Art of making the possible happen ... Don’t ya’all think the notion that politics is just #RWG is kind of … er …
contra productive.

think it and it will be so indeed!

Mark de LA says
Nice logo. https://en.wikipedia.org/wiki/Sisyphus - getting other people & using other people’s money to do what you want done for yourself.  IMHO – I like the synergy of individuals approach.

In Greek mythology Sisyphus (/ˈsɪsᵻfəs/;[2] Greek: Σίσυφος, Sísuphos) was the king of Ephyra (now known as Corinth). He was punished for his self-aggrandizing craftiness and deceitfulness by being forced to roll an immense boulder up a hill, only to watch it come back to hit him, repeating this action for eternity. Through the classical influence on modern culture, tasks that are both laborious and futile are therefore described as Sisyphean .

Si says
I think it would be much more accurate to say “Politics is the art of keeping the possible from happening as much as humanly possible”.

Seth says
Yeah the Sisyphus representations in this thought were to show what successful politics is not.

Rather it is “Politics is the Art of making the possible happen ...”.

The point being that the group header if group politics should focus attention on the latter, not the former.  The power of positive thinking,  #LOA by another name, does work … and politics is all about what works.

Seth says
why would you say that?
Si says
”politics is all about what works” – not true … in any verse.

#LOA advocates understand this and give much better alternatives that actually do work, and achieve consistently everything Politics wants to, but can’t, because Politics itself is built on a foundation full of #LOA holes and topples down over and over because of that. 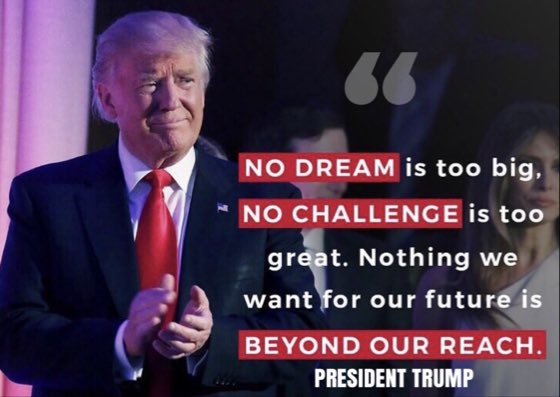 – Onboard seth ?
Seth says
well i guess you could look at it that way.  kind of like exaggerating a person’t worst qualities.

that is not my way.   when i talk of politics i talk of what works … i do talk of “Politics is the Art of making the possible happen ...”.   That this person is not perfect and their character is abusing,  does not mean that she will always be so.  We as people need to do politics right.

.   Some of them i like … eg going back into space.   Others like #jingoism and national isolation … not at all.
Si says
Well, you can keep pushing this rickety cart, or … you can look at actual politics all the way back to Greek time and see how Politics simply doesn’t work that well and see that when things do get done it is usually in spite of the political efforts … and then you can examine the Political model and see how it has direct #LOA faults that would predict the exact ways in which Politics does fail.

You can do that, or push the cart. It’s up to your own ability to be authentic instead of wistful.

Mark de LA says
Now who’s dredging up negatives with buzzwords?  ← #BellyBelly laugh
Seth says
there are many ways of “making the possible happen” … any new methods are great
Si says
I don’t side with Trump, and still don’t know how things will play out.

But I can see how “national isolationism” could actually work out well. #LOA itself states that people should only influence others by example, not by direct action. If it plays out in the right way, and there are indicators that it may, national isolationism could focus America on being a leader “by example” and thus have much greater overall positive influence than the “getting in everyone’s business” that we currently employ.

Si says
👍
Mark de LA says
Getting into political philosophy as is happening, nationalism is like focusing on and feeling one’s Ego & working on that by cleaning up the self.  One World Governmentalism is good in theory but in these times is like an over-active Ego wanting to expand before cleaning up its own self.  (Note the UN is a sore mess) Many dead dictators have tried that before assuming that their prescriptions for behavior are the ones everyone should/must follow.

i do not identify with the ego of America.  It is both too big and too small.

… so that having that identity barrier clot and get stronger and vibrate in my world is somthing that i avoid for myself.

It could “make Americans more wealthy” (as per Trump’s address),  it could “make more jobs” (enslaveing more people in servitude), it could keep foreigners out (leaving our recourses just for those already inside the walls).

But none of those is not what i want for myself or my humanity.
Mark de LA says
Nor do many others want your description of life either. Seth says
… absolutely mark.  we all want different things in our life.   collectively the #moasic of all of those makes up our humanity.

The whole is greater than it’s parts.

I also hasten to add “different from its parts”.


That is a principle that *I* do not #aug.
Mark de LA says
Yep lots of city dumps are a wonder. Logic not your biggie. I like the emotional content in Simon & Garfunkel above more.
Seth says
well i think i am pretty good at #logic.  It is a biggie for me.

I’ve even discovered things about #logic that nobody else #afaik  talks about … see “Identity Entails Logic”.

If there is any meat on your accusation, you should explain it.

Si says
I basically agree with the bulk of that.
Mark de LA says

The whole is greater than it’s parts.  (Seth)

Seth says
Well if you want to talk of this #logic’ally, we can …

We could state that principle logically as follows …

This is not an new principle at all.  google the whole is greater than the sum of its parts.

Si says
Another nice thread, with promising direction, turned into a pile of Russell shit.
Mark de LA says
Maybe go find a logic text book instead of #AlreadyAlwaysArguing – me? done – topic having been left behind. Seth says
mark, what do you mean by “nationalism is like focusing on and feeling one’s Ego & working on that by cleaning up the self”?

I would say that nationalism is varying one’s ego to include the entire nation.  That is exactly what #Trump has done … you can hear it in his #InaugurationSpeech.   I also agree that “cleaning up one’s individual ego” is a great thing to do.  But the nature of that cleanup is quite unclear … both as it relates to myself … and how it relates to my nation … and even how it relates to my humanity.

… could you put more meat on them bones?

Mark de LA says
Well it is pretty clear. If one has an Ego & begins to extend it with We to include the entire Earth without cleaning up the local “I” first – “Huston we have a problem!”
Seth says
… yeah i got that … just not sure what to do with it.

okay, i think first of all one needs to grock the nature of  #ego.

I think your understanding of ego and mine are quite different.  i doubt it will be productive for us to proceed further in this topic unless we are talking about the same thing.

Maybe go find a logic text book instead of #AlreadyAlwaysArguing – me? done – topic having been left behind.