RFD: The base domain from which we proliferate

So what is the shortest, #catchy main domain that we can choose? #RFD #RFC #DomainNames #WordpressCom

Si says
I never liked athink.club at all … that was your impulse.

athinkclub sounds like toastmasters to me … a stuffy gentlemen’s club with old men in suits smoking pipes and drinking tea. Since you own it, I guess you could offer the choice of any of the 3 to people, then people can choose who they think they are.
Seth says
okay let’s find something better than athink.club.

Si says
Okay, whatever. I think you should let people choose instead of being so hard line about it.

The only thing wrong with thinking.domains is the (s) at the end of the name. It is not too long.

More choices would be nice, yes.

Seth says
i am not restricting which domain people open at all … or even that we have more than one wordpress.com type site that peope can choose to throw themselves into.

people can even go direct to their own base domain.

#SethToDo – I’ll go look for some more possibilities … perhaps even at google google domains or #GodaddyCom.    Any suggestions greatly appreciated ...
Si says
I don’t understand. None of these are difficult.

I would want dartagnan.thinkingdomains.org  … that would be my preference right now. If you get td.word, then that may become my preference.

The rest of what you say doesn’t seem to be any issue at all. Whatever name issues you are having is not what I would have and not what I would expect for others.
Mark de LA says
I tried talkplace.com & got talkhub.com .  I ran into thinkhub.com as available. I agree (surprisingly) w/dA on anything with the word club in it but not for his reason. It just doesn’t sound like much. The word hub works nicely – dig pornhub.com or something
Seth says
👍
Seth says
wow … didnt know they had “.hub” … personally i like “.world” … or even “.net” … thing is that these newer top level domains we are more likely to get a short #catchy name … talk.hub would be  great … is it available?
Si says
Careful which service you use to check if it is available. Some services just use your checking to know what to snag up and later try and sell back to you. I know, shady, but there you go.

Pretty sure Google and Godaddy are fairly honest.

Seth says
you know i always was afeard of that myself … but never have gotten confirmation.

what do you think of using google google domains ?  … i would think that they might make assigning domains to services in the cloud even easier than a foreign registra … eh?

kind of $pricey bit me tinks is #catchy … eh?

Miami says
👍
Miami says
Yes. I have used Google domains and rather like their easy interface. Probably also instantly do the ownership check too … though I have not tested that. And, their prices seem more stable. Everyone has super cheap grab prices, then they really jack up the price next year. Google is more straight forward with all their pricing models across all their products.
Seth says
👍
Seth says
#OMG are these really all the new extensions ? …
Seth says 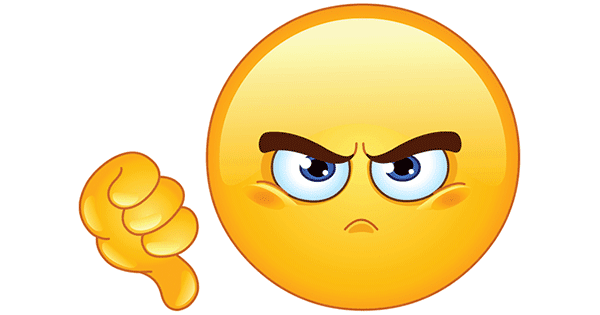 ??
Si says
Meh.
Si says
thining.world works the best, but my next would be thinking.gold and thinking.site
Seth says
thinking.world is not available Si says
p.s. Notice that image is the same url as the same one over in  (comment 71152) even though I dragged it fresh from Google images. This is due to the effect mentioned in (private thought).
Seth says
#done → seth

I added nathan as user.

Si says
👍
Seth says
now i’m thinking that instead of using thinking.domains for the sales and design and technical aspects of #SeriTD … we would use www.thinking.live … huh?
Seth says
👍
Si says
Well that is not what I would have thought. I would have thought you would use www.thinking.live for the public forum, tweeting, and public viral, and best of, etc. All the public cross domain traffic.

I would have used thinking.domains for sales, R & D, all in house stuff for thinking domains, etc. … or, if you don’t want to keep thinking.domains, then subdomains of live like sales.thinking.live etc.

where sub dashes are groups

We need to be careful not to spread out too much too fast, yet provide for a path for growth and differentiation.   Perhaps if each of the three main sub domains starts out with a star forum which anyone who joins that subomain can post then that forum can differentiate into separate groups as needed.

Si says
I hooked up thinking.live
Here is the current domain name mappings. They can easily be changed at any time.    … and yes, the domain was already validated, nothing more to do. One nice thing of using Google Domains.

p.s. I am assuming you are doing the registar side of bozo.world. I have only mapped this side.
Seth says
#OMG thinking.live is live

Seth says
👍
Seth says
i was not able to connect bozo.world … don’t know what happened … it seems to be validated … but did not propogate or something
Si says
Okay. I got the same result so I took a different tactic. I repointed the nameservers at Godaddy for bozo.world to google cloud dns. Then did the ip mapping in the GCP panel / Networking / Cloud DNS

All seemed to go though fine … now just waiting for the DNS changes to propagate over here … could be a few hours.

Seth says
👍
Seth says
#thanks → nathan  …. maybe good idea for me to transfer all my domains to #GoogleDomains

i (and others too) will be using bozo.world for whatever temporary gyrations that want to happen … eg: i plan to build a normal web site there just to learn how to do it in the #GCP.

i am unclear how a domain name gets attached to an instance of a running td.   maybe that was in the list of td commands … i don’t know … ill go find it and see.

Seth says
td-test1 has been deleted #done → seth
Si says
The domain name process is 3 or 4 steps depending on where the registar is and if you use google nameservers or the registars. Alternatively, you can first create your own zone using GCP / Networking / Cloud DNS and then point your outside registar nameservers to the ones given for this new zone. Then go to step 1 above using google instead of your registar where applicable.
Si says
The gcloud sdk utility does allow managing Google Cloud DNS so in theory, once a domain is pointed to Cloud DNS nameservers all the rest of the steps above can be done automagically using the td sdk commands including the dispatch.yaml file. But figuring all that out is probably a days work and it’s not happening today.

Si says
Yes. I would probably transfer all my names to Google too. Google is the easiest DNS manager I have used, and price competitive in the long run. Even if you move your services elsewhere someday, Google is nice for DNS.

Note that you can’t transfer any of your new domains right now … there is a 2 month transfer freeze on any new domain at any registar … prevents people from moving things around willy-nilly.