Down the slippery propoganda slope to Dictatorship

About: stephen miller’s authoritarian declaration: trump’s national security actions ‘will not be questioned’ - the washington post Trump’s national security actions ‘will not be questioned’.

Mark de LA says
FAKENEWS leftest meme.  #BozoMeme
Free yourself & get rid of beliefs ! Don’t be a BELIEF robot - M.R.
Seth says
if he is successful, you may #regret your words.  hopefully he will flame out before America goes the way of 20th century Fascism and the whole thing flames out.
Mark de LA says
Leftists can’t get over calling eveyone they disagree with “Hitler”, Nazi, or dictator.
#Barf
There are masses of fake twitterers trying to spread your dictator & hitler ideas.
#barf X 1000

Seth says
well when history repeats, it repeats … watching it happen again and not speaking out is just stupid.  go the way of the European sheep in 30’s and enjoy the consequences like they did.
Mark de LA says
Obama did it differently & kept all of his executive orders under wraps as much as he could.
I prefer transparency better.

Seth says
obama tactics were not those of a dictator … not even close.
Mark de LA says
Neither are trumps – your brain has been sponging up the Obama propaganda. 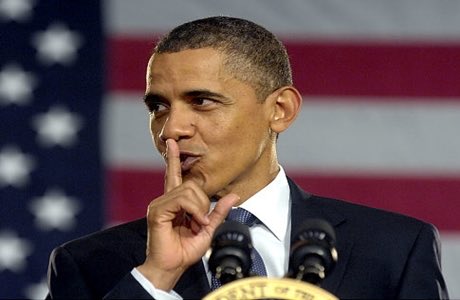 Obama schemes behind scenes...
Free yourself & get rid of beliefs ! Don't be a BELIEF robot - M.R.

Mark de LA says
Basically Trump is doing what he campaigned for & said he would do & the American Election validated by giving him a WIN & as he was sworn in to DO!
That’s a bit different that Obama & you folks are used to.

Seth says
well i will give him that … he is doing what he said he would.

my complaint is what his is doing and how he is doing it.

Hitler did the same exact thing … and in the same way. And yes i know that there is a meme against saying such.

“The Emperor Has No Clothes”. Mark de LA says
Black Lives Matter co-founder appears to label white people ‘defects’
Mark de LA says
I think over the years I have provided solutions & principles that can improve the state of politics & relationships between government & the people. A lot of them are in threefoldness ideas & issues like racism transparency etc. If you folks want to pursue anti-trump streams you are wasting time. For every negative meme I can come up with examples from the Obamaworld – (still active) & visa versa.

Seth says
You said that to say what … do you mean “any criticism of #Trump is a waste of time”  ?  … or that it is a waist of your time to read it in group politics and that your ideas here are the only ones that matter to you?

#shucks, let me know, i don’t like to post ideas in groups that are already closed minded.  I had thought that this group was open.

Mark de LA says
You HAVE NO SOLUTIONS! & have PROPOSED none.
Mark de LA says
BTW – Hitler tried to conquer Europe.  Trump wants to withdraw  from the world’s policeman role.
Xenophobia against Trump is A LIE!  Obama wanted the UN to police the US.
Seth says
well the solution is clear,  if #Trump attempts to use dictatorial powers, #impeach him.

Thing is this is a slippery sloap we are on here.  Its like how do you boil a live toad … you raise the temperature ever so slightly so the toad does not notice.   Politically  you do that with words … words like, …

Trump’s national security actions ‘will not be questioned’

The truth of the matter is that they should be questioned, just like every other president that we have ever had in America where we do not tolerater dictators.

Mark de LA says
Trump is no more a dictator than Obama. Your lies notwithstanding.
You folks on the left LOST THE ELECTION
Good luck with impeachment .  Couldn’t even impeach Bill Clinton for lying under oath about sex with Monica to the American People.
Seth says
whatever about somebody else ...

but should #Trump’s national security actions “ever be questioned’ ?

Can you answer that question directly, honestly and objectively?
Mark de LA says
About what? Crank it up dude!
Mark de LA says
Does something rise to the level of Hillary Clinton’s emails & Lies about Benghazi ?
Seth says
well the context here was the ban on travel from those 8 countries.  Those “security actions” were questioned by the state of Washington et all and the courts.
Seth says
← that is about sombody else.  it is an error of thought to bring it up here in this context.

bringing up the actions of another to justify your actions of your group is one of the #fallacies … strange how that is almost always the first thing you do when you think about politics.

Mark de LA says
The statute is clear – no ban was authorized.  See: http://www.nationalreview.com/article/444657/judge-james-robart-donald-trump-executive-order-muslim-majority-nations-national-security
Obama & others created pause in immigration or supported same.
Mark de LA says
THe point was good luck with impeachment!  Previous regime lied & people died & classified material was disclosed. So far no laws broken.  President has the authority to pause immigration. Immigration is not a purview of the judicial.
Seth says
well anyway …
the court has prevented this “security action” from being implemented …
it has been questioned

Mark de LA says
Your leftist court didn’t apparently read the law.
Seth says
the law is what the courts rule that it is.
Mark de LA says
The statute is already written & it is clear. Dictatorship of unelected judges?
Seth says
well that is the living constitution which we follow.
it is the check and balance of power
which makes America not a dictatorship.

Mark de LA says
THe US Supreme Court is the final legal authority NOT the 9th circuit which has been reversed more than any federal appeals court. To modify the constitution requires amendments go read it.
See also this

Neither the judge in Washington State nor the court has offered anything approaching a detailed discussion of 8 U.SC. §1182 (f), the law which specifically gives the president authority to suspend the entry of any aliens into the U.S. if he believes their entry would be "detrimental to the interests of the United States."  Unless this statutory provision is unconstitutional, the president has acted completely within the law.

XOR read this detailed analysis of the law mentioned above: Seth says
i just clarified what i said … now it should even pop right out at you.   what happens is that the language slowly changes … black become white … they become our enemies … our enenies are our friends … fear this … fear that … buy Trump is making America Great (woopse have not yet gotten to that one) …  yadayadayada.  repeate it enough and people actually start to believe it.

… try believing something that makes more sense … #Trump’s powers and actions can and should be questioned whether they are security related or not.

Mark de LA says
Question away !  Venom & hate is a bit much.  The Hitler meme is just plain fucked! (I already explained that) .
Mark de LA says
McCain lost the election & is mostly a Rhino. Why listen to him at all?
Seth says
Mark, is that a @realDonaldTrump  retweet ? … i will need to do a search … i could have sworn that i heard him say almost those exact words.

ok, well here is the closest one that i can find … not #Trump himself, but one of his supporters …

← well it’s close
hey mark, you prolly could get paid by the #Trump team for tweeting … you have a knack and a smell for it …

Mark de LA says
probably more #twitt-fakies- not my job to trace’m down.
Seth says
nope, @tomtomokie is not  #fake … he is just a #Trump supporter.

best to understand before emoting, eh?

Mark de LA says
… fake supporter then …  anyway McCain has parlayed his capture after shoot down into a political career & lost the presidency. Had he saved a whole lot of people he might be a hero. Undoubtedly he was killing them from the air. War is Hell & Shit! Mostly politics by other means.
Mark de LA says

Countries where McCain has called for US Military Intervention