Seth says
Well sure, anyone can believe whatever they want within their own bubble of beliefs.
But what you can not do is to unilaterally change the beliefs of others about their nation.
Si says
And you never need to.
Seth says
well the beliefs of others create circumstances in the world which effect you.
Si says
If I believe any particlar one does, yes.

I am not a log in a river being thrown around wherever the river wills it. I am in a well made kayak with a good paddle. My kayak paddle is my beliefs and I steer my course with them.

Seth says
apparently your kayak is the river as well
Si says
The river is shared by everyone. I don’t have to paddle where you go, or follow you if you are not steering (with your own beliefs).
Seth says
true … but wherever you paddle in the river there will be circumstances created by other’s beliefs which will effect you and buffet your kayak.
Si says
Yes, that is true. My beliefs determine where that is. If I go over a huge under water bolder into a violent whirlpool where many others are thrashing around, well then their I am with them. I can also look ahead and steer with my belief choices between the rocks too. #ThisIsGood #LOA
Seth says
👍
Seth says
You might navigate your kayak to a place where the people around you don’t believe in the nations in which they live … rather they just believe in their own tribe.   For example the Kurds … they don’t believe in the nations Syria or Turkey or Iraq  … aks them how the gas effects  their breathing.
Si says
The Kurds are where they are. If they chose to tie their belief kayaks together into a communal raft and let the current in the river take them where it will, then they may blunder into the currents of other’s beliefs. I don’t know. I am not “in their heads” to know what they believe, or how circumstances are actually affecting them compared to the views of westerners as to how circumstances should be affecting them (western beliefs). I only know that if they are aware, and steering with their beliefs, they can go anywhere in the river they want, individually, or as a group.
Seth says
apparently we are in agreement here … especially when you say, “they may blunder into the currents of other’s beliefs”.

i do not believe there is a place in the river …
where i can engage with the world …
and be free of the currents of other’s beliefs.

this river in and of itself.


Si says
Yes. I say beliefs are how we steer and we are allowed to steer anywhere.

However, even a well seasoned kayaker can get caught up in a strong current created by others and go over the falls with them, if not paying attention sufficiently ahead. And most don’t even realize that the paddle in their hands (beliefs) is for steering, and even those who do are not always good at belief kayaking. It is an art to steer with beliefs and before one can begin to do it, one has to first believe the paddle will steer.

Si says
”i do not believe there is a place in the river …
where i can engage with the world …
and be free of the currents of other’s beliefs.” ~ Seth

No one ever said you can be free of other’s beliefs. You are where you are. The river is too big to tame as well. A kayaker does not “tame” the river, a dam or locks do that. A kayaker simply steers, and beliefs do steer our kayak. Most simply don’t know what to do with that paddle in their hands called beliefs, so they go wherever the current takes them. Most think we get beliefs and then we have them, end of story. Not so. Beliefs are active and we can use them, change them, paddle with them.

...  er personally i don’t like to wait to hear what sombody else thought about someting 70 years ago to think about something now.

just saying, me, i

to think fresh thoughts myself.


Si says
👍
Mark de LA says
Well, maybe in your haughtiness you want to just throw the word nation away.
XOR in a secondary consideration listen to another context for the word:
XOR2 maybe just roll back countries to Adam & Eve.

i would throw away nations


it is an archaic identity group whos’s existence now serves to create wars and unnecessary borders …
and childish romantic fetish feeling about patriotism …
which drain energies away from more useful feelings.

eliminating those peculiar boundaries
which were are left over from the dark ages
is part of humanity growing up.

i wonder if #RS agrees … just curious … i do wonder …
but i doubt that whatever he thought back then would change my mind now in this regard.

Free yourself & get rid of beliefs ! Don't be a BELIEF robot - M.R.

Seth says
Well is it possible that this #belief could inform what #Trump does in #syria ?
Mark de LA says
Some wise old man said that Black Magic is magic that is out of place or in the wrong time – wrong context. Tower of Babbel (Babel) set the stage when attempts to build a Stairway to Heaven (or to God) ended up in confusion of languages. 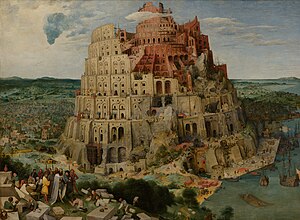 Mark de LA says
Nah! not a bit – he doesn’t listen to you.
Seth says
Yep, #Trump doesn’t listen to me.  That is not necessary for a thought to inform what he does.  There is a network of such thoughts that inform all our deeds … i have thrown mine into the hopper here.

In any case Trump’s #thinking is already in direct opposition to John Lennon’s above.  At least out of the front of his neck he spews nationalism.  So we are talking very long term trends here, not necessarily that which might inform Trump’s decisions today.

Mark de LA says
I’m glad Trump’s  foreign policy is NOT based on a song; nor getting information from out of the side of your neck.
Mark de LA says
Way back there I suggested Assad go before the world court & justify his war crimes why are you still arguing ?

Seth says
i think with you, i do not argue with you … your apparent belief to the contrary notwistanding.

Seth says
i #intend to time my thoughts and my deeds to when they #RingTrue.

Mark de LA says
cobbling together a bunch of #HashTurd (s) does not a thought make.

Seth says
well actually it does !

The #hashtags links actually function to represent thoughts standing on each other garnering meaning from  the other thoughts in a mind.

Mark de LA says
Someday encounter living thought rather than a pile of labels. Keep on pointing to your labels as if you said something real. The words are more fluff than stuff. But, if it makes you feel good then follow CP. (above)
Maybe even make a video of it like: https://www.facebook.com/DailyMail/videos/2146147295445007/ great video indeed … i shared it on fb.
… but you confuse my thinking live with the representations of my thoughts.

I can honestly tell you that i do not.
Mark de LA says
Yep, the representations are dead thoughts the moment you invent them.
Seth says
… not “dead thoughts” … that would be just your peculair #aug over there
... rather, like i said, #representations of  #living ones.
Mark de LA says
Yep, you & d’A……. love to deframe & contradict & wouldn’t apparently know a live thought from a dead thought if it hit you in the face.