About: Oliver Stone on Harvey Weinstein: ‘A Man Shouldn’t Be Condemned by a Vigilante System’ – Variety In the Wild West & the Deep South all one had to do was accuse someone of an infamous crime & hang them. Is that the way it is still supposed happen these days? The M$M, Fake News & paid social media activists think so. Watch out ! Someday you might be on the other end. In a bull fight they wound the bull & make him bleed & the crowd cheers each time the matador gets the bull to chase the red cape. The bull gets so tired & looses enough blood that it is easy for the matador to shove the sword into his neck & sever the spinal cord.  In this one, I wonder what favor the bull is about ready to do for the matador. Mark de LA says
Then too: 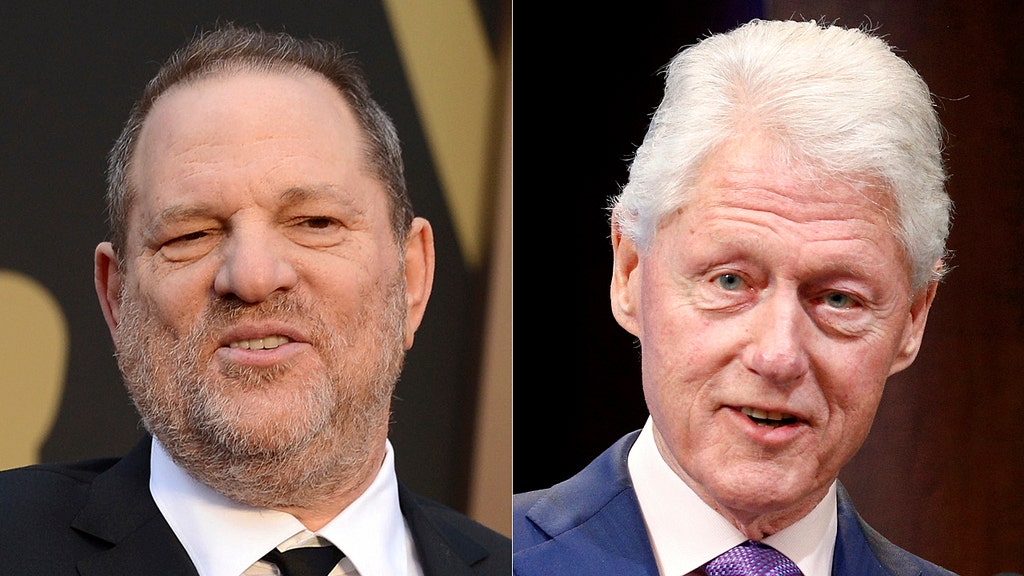 Mark de LA says
It would be interesting if Harvey Weinstein were not Jewish & perhaps a Muslim instead.  Is mistreatment of women & domination of women not built into Islam? Must in muslim countries cover their heads &/or bodies, can’t drive or go anywhere without a man, etc.
Seth says Well ever since i can remember, Hollywood has been telling this story that actresses sleep with the producer to get the part.  That is integral to the plot of thousands of movies and sitcoms that are produced by this industry.  So it does not surprise me at all that a producer would believe the story and act it out.

Perhaps this is just a case of nathan’s philosophy obtaining from the point of view of the Hollywood industry itself.  If you don’t want to experience the consequences of a story, don’t keep telling it.

Mark de LA says
It is the hypocrisy of Hollywood & the M$M that makes it news – liberal pretense that they are for women’s rights & liberation etc. … especially the first framily of Bill & Hillary Clinton !
..→ PML the usual vigilante leftwing #puke can’t help themselves.
Seth says
i can empathize with women changing the story.   perhaps more interesting scripts are in the works now.
Mark de LA says
I never had anything to do with it.  As an aside one might ask why there seem to be more female prostitutes selling it than men? I have been watching this series on HBO – The Deuce .
Since Eve & the Apple who turned sex into a commodity? Seth says
the economics of supply and demand
Mark de LA says
Something else dude they are about equal:

The question is why there is a market at all.

Seth says
it’s not about the number of each sex.  it is about the difference of want and desire of each.  there are more female prostitutes than males … that is a fact.  the economics of supply and demand models what happens.  usually females have something of value to males for trade … economics takes it from there.
Mark de LA says
.. & my piece is echoed again in today’s WSJ
https://www.wsj.com/articles/theres-no-virtue-in-joining-an-angry-mob-1508454317

.. You are still missing the point seth – why is there monetary value to it except that a woman can get away with it – even though in many parts of the world it is illegal.  A woman can’t be horrified that she can be bribed to have sex & then sell it.  It is the old joke “I’ll give you a quarter for sex (to a woman struting her #stuff on the street” – ugg “I’m not that kind of girl she replies” – “You’re that kind of girl – we are just haggling price”

i say, from the point of view of Hollywood itself,  this is about which story is going to obtain.  If there becomes a consciousness that actresses do not get ahead by trading their sexual favors,  then actresses and producers will start acting out a different script.  Holding Weinstein’s feet to the fire of consequence works to change that consciousness.

true, if you want to parse out blame … there is blame enough on both sides of any distasteful transaction.
me, i am not even concerned with the blaming at all … in that regard, just like you, i am not involved.
i would just like Hollywood to get its story straight.  That is a consciousness that i could share.

An opinion elaborated in detail by the Guardian (thanks mark) …

If the dynamic of older men and younger, submissive women that greases the wheels of Hollywood production offices repeats itself on screen, it is not an accident, but the desires of the producers and directors who create these films played out on the biggest stage of all: Hollywood cinema, the world’s most effective propaganda machine. Who is Hollywood trying to kid? The 52% female cinema audience, or executives who stalk starlets in their bathrobes, while threatening to demolish their
careers?