source: ... There is something I derived from my seminar days called the big-dipper effect.  That is before you know where and what the big dipper is in the heavens you see all the stars & their magnificence.  After someone points to a particular set of stars as being the "big dipper" you will always see the Big Dipper & miss most of the rest & must always see it there ! This was introduced first in 1974 in a very mild context.  In the context of the Middle East, the US, Bush & other things current in politics, polarity is caused by the inability to see beyond one's own big dippering of what the other side is like. It is the ultimate in prejudging. Try not thinking of a pink elephant or what you have already seen as a pattern once before in your opponent's behavior ! 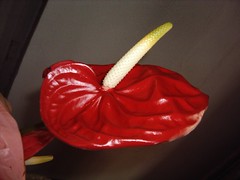 Seth says
I give you

.
Mark de LA says
I don't know about you guys, but I'm ready to have a fig for dessert!